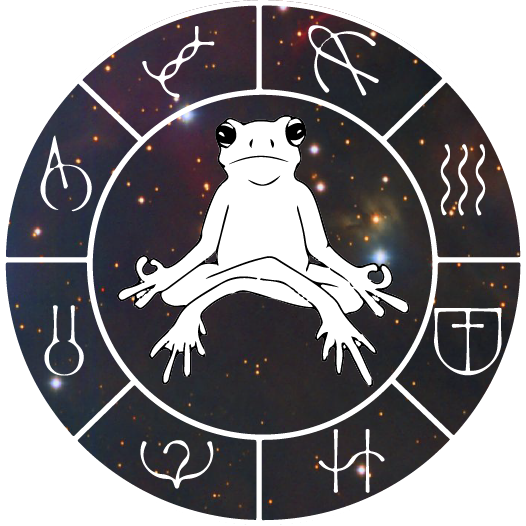 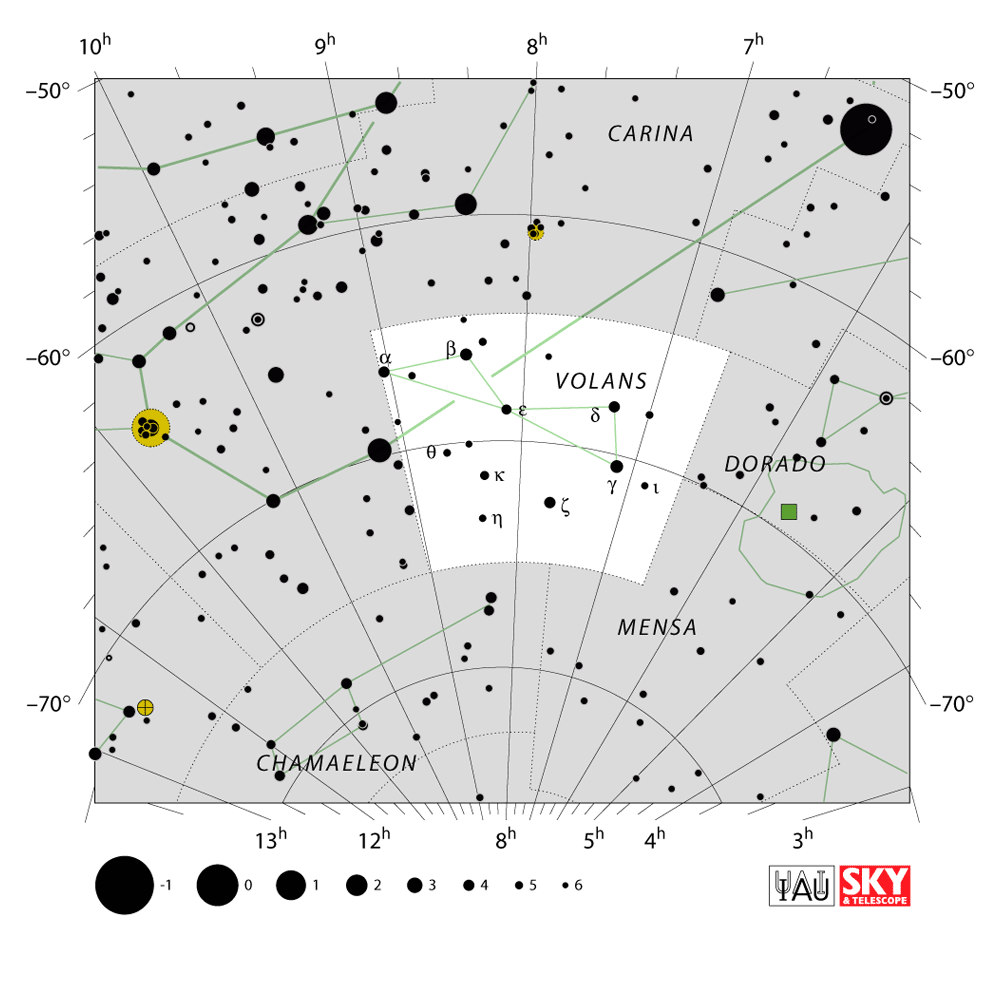 Description: Volans are brave, and always striving for greater things. Volans often offer justice and protection when others cannot. Some may say that Volans are overconfident, but a Volans would simply state that they are guided by their convictions. However, their self-confidence can sometimes backfire with those who disagree with their opinions. Volans hang tight with Eridanus extroverts and clash with competitive Hercules. They are strongly attracted to their opposite, Lepus, with mixed success.

General Amphibian Characteristics: Frogs that love spending their time in trees and bushes.

Amphibian Archetypes
Agalychnis callidryas: the famous red-eyed tree frog
Rhacophorus nigropalmatus: this flying frog can leap from tree to tree with its webbed hands and feet
Boana rosenbergi: the gladiator tree frog, whose males fight with sharp spikes on their hands

Description: Known for their out-going and extroverted nature, Eridani are bright-eyed with a strong sense of adventure. They follow the beat of their own drum, which can be their greatest strength but also make it hard for others to relate. Eridanus loves to talk and collaborate with other creative spirits. They usually hit it off with Volans, are inspired by Phoenix, appreciate the support of Coma Berenices, and clash with Hercules and Scutum.

Amphibian Archetypes
Ascaphus truei: a stream- or torrent-dwelling frog with tadpoles that have a suction mouth that allows them to cling to rocks
Typhlonectes natans: an aquatic-burrowing caecilian
Proteus anguinus: also known as the olm, an underwater cave-dwelling salamander that has been known to stay in one spot for years on end
Pipa pipa: flat, extreme aquatic frog that hatches its eggs out of the female’s back
Xenopus laevis: aquatic clawed frog that was introduced to the U.S. as a pregnancy test 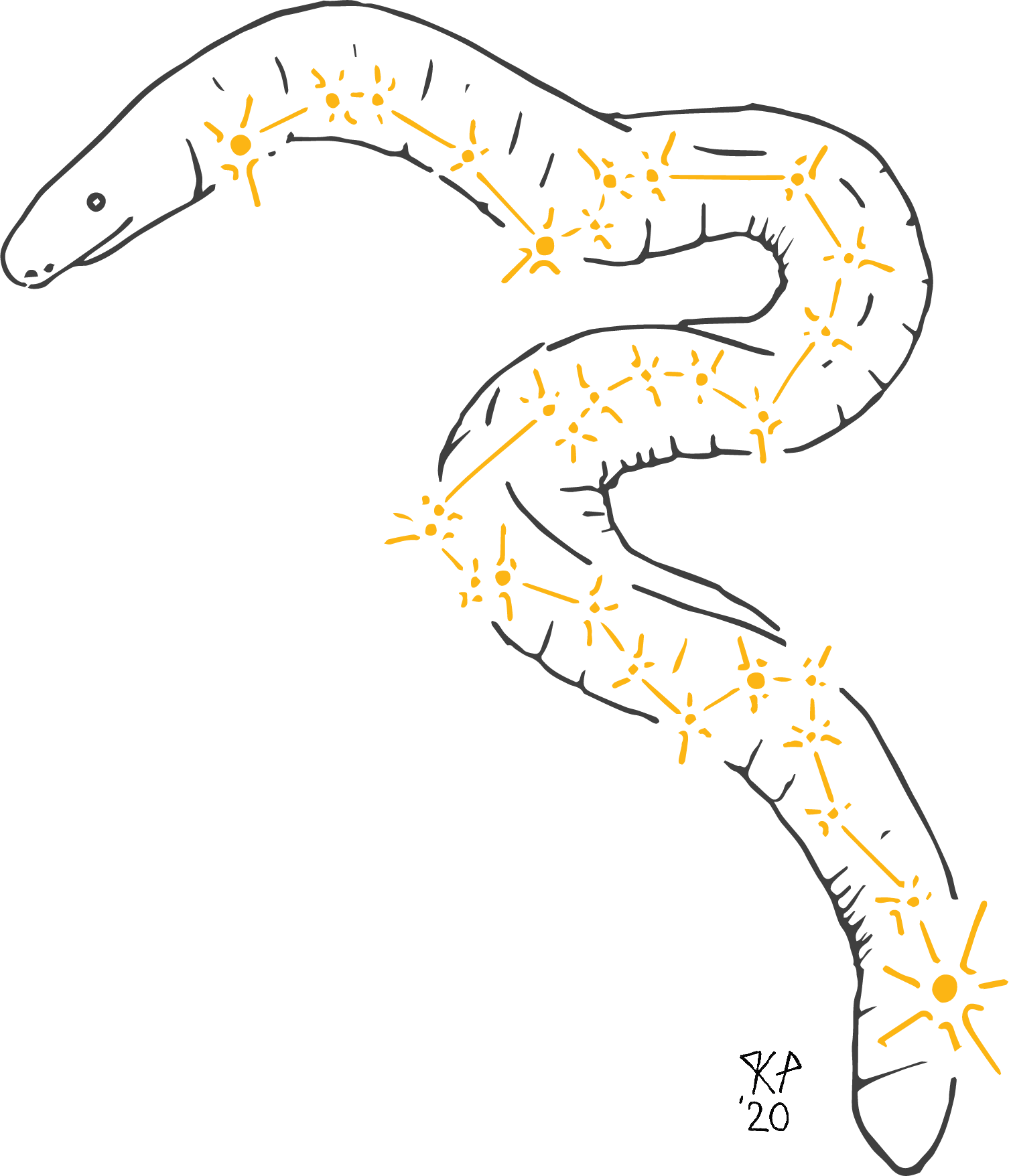 Description: Scuta are known as the protectors. They are loyal and strong; it is well worth the effort to get to know one. Scuta are often warm and welcoming once you get past their external barriers. Given their tenacity, Scuta are driven to scheme for success, often coming up with surprising solutions to difficult problems. Scutum individuals have the most difficulty relating to Eridanus and Volans, though they get along well with Hercules and Lepus. 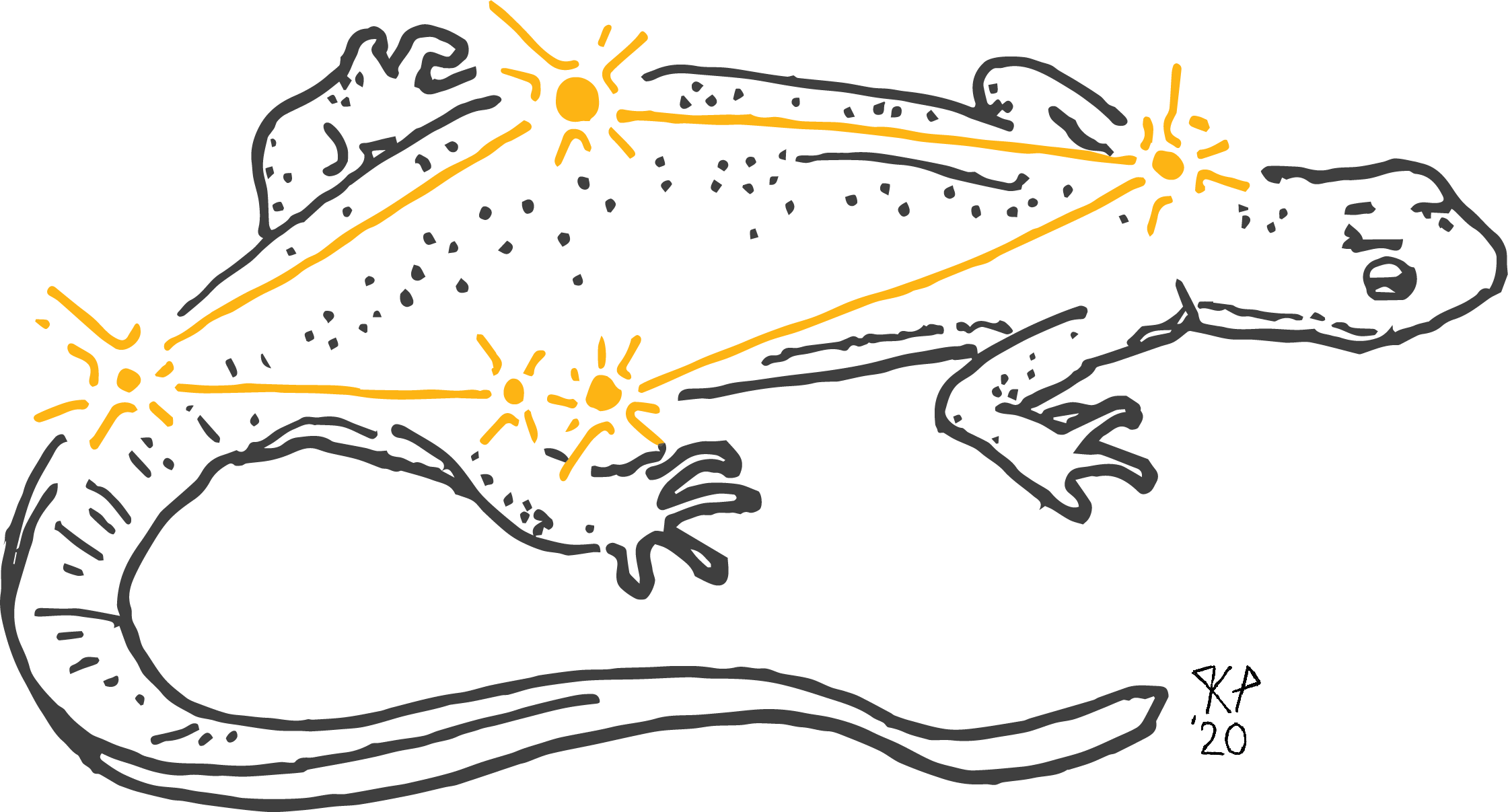 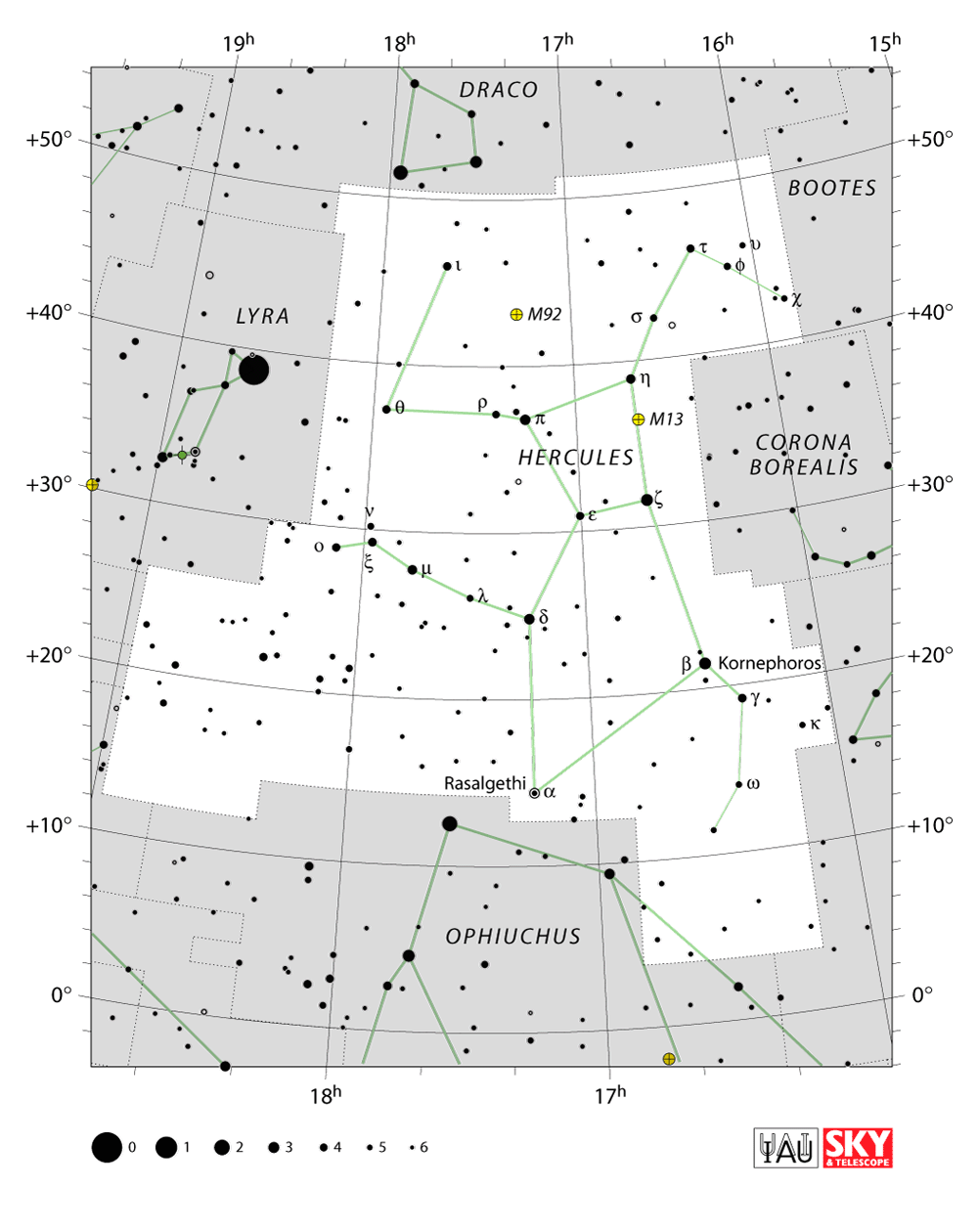 Description: Hercules are powerful, deliberate, and competent. They put a lot of effort into achieving their personal and collective goals, and are thus often admired by those surrounding them. Hercules love to fight for just causes and they are always on the side of the downtrodden. A great sense of humor and competitive spirit make Hercules fun and entertaining when relaxed. Hercules easily bond with other competitive spirits like Scutum. They should be careful not to be too overbearing when in relationships with Circinus and Eriadanus. Volans, Phoenix, and Scutum – on the other hand – find the strength of will in Hercules invigorating. 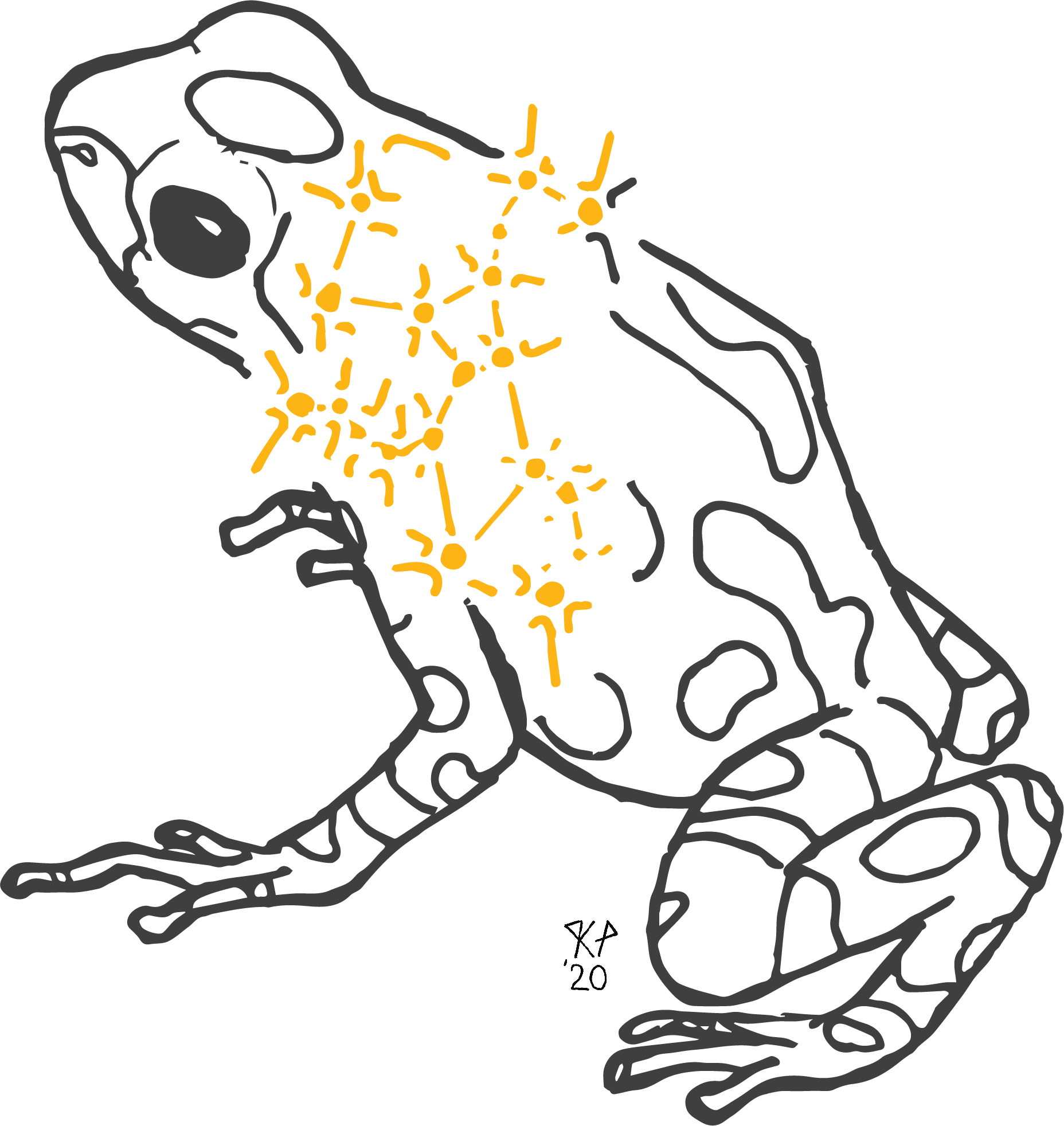 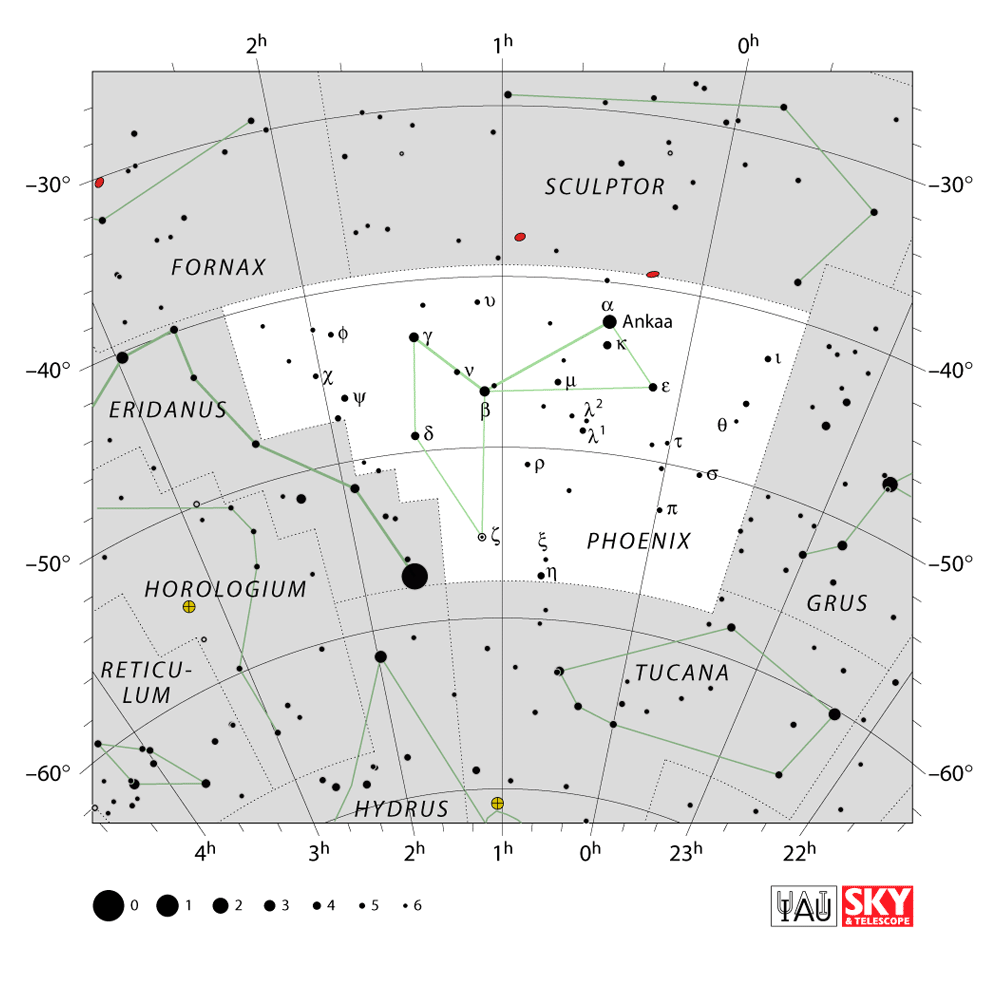 Description: Phoenix are born ready to follow their dreams. They are often perceived as mature and serious, but Phoenix can be tender and vulnerable when feeling comfortable. They had to grow up quickly, which is why it is sometimes difficult for them to unwind. Nevertheless, their curiosity drives them to keep learning and they are willing to change. Phoenix happily get along with those who don’t get in their way, like Eridanus or Scutum (when these tenacious individuals are on a separate path).

General Amphibian Characteristics: Frogs and salamanders that are direct developers, meaning that they don’t have tadpole or larval stages and look like tiny adults when they hatch.

Amphibian Archetypes
Aneides lugubris: climbing salamander with a tendency to bite people who pick them up
Eleutherodactylus iberia: the smallest frog in the Northern Hemisphere
Cornufer guentheri: leaf frog that blends in with the forest floor 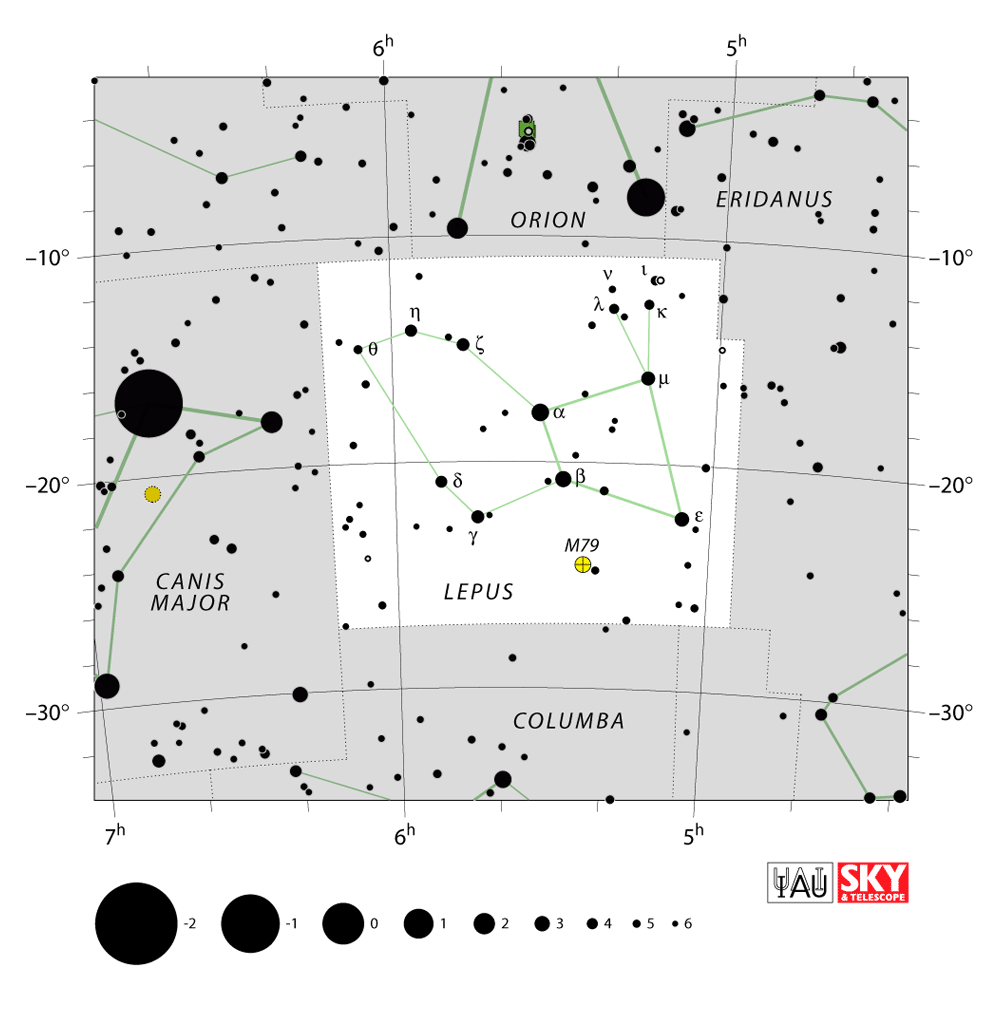 Description: Lepus are “grounded” and operate beneath the surface of the mainstream. They are innovative, finding unconventional ways to achieve their goals. Lepus are generally quiet but can be loud when speaking their mind. They do not like the limelight and prefer to judge others on their character rather than their appearance. Lepus do not mind getting dirty but shy away from confrontation. Lepus like spending quiet time with other people, and thus get along well with Coma Berenices. They like having Hercules around to help them fight their battles, and they find their opposite Volans, whom they get along with some of the time, fascinating.

General Amphibian Characteristics: Caecilians and globose frogs that spend most of their time underground.

Amphibian Archetypes
Scaphiopus couchii: toads that burrow with the spades on their feet
Boulengerula taitana: caecilian that lives underground, mother’s grow lipid-rich skin for their young to eat
Rhinophrynus dorsalis: the Mexican burrowing toad has a snout that is suited for burrowing and seeking ants and termites underground
Breviceps macrops: the desert rain frog has a famous squeaky-toy-like call

Lepus Celebrities
Alfred Russel Wallace: father of biogeography and the theory of evolution by natural selection (alongside Charles Darwin)
Annie Alexander: founder of the Museum of Vertebrate Zoology at the University of California Berkeley
Misael Acosta Solis: Ecuadorian naturalist and botanist
Annie Jump Cannon: American astronomer whose work contributed to the creation of the contemporary Stellar Classification
Isaac Newton: English mathematician, physicist, astronomer recognised as one of the most influential scientists of all time 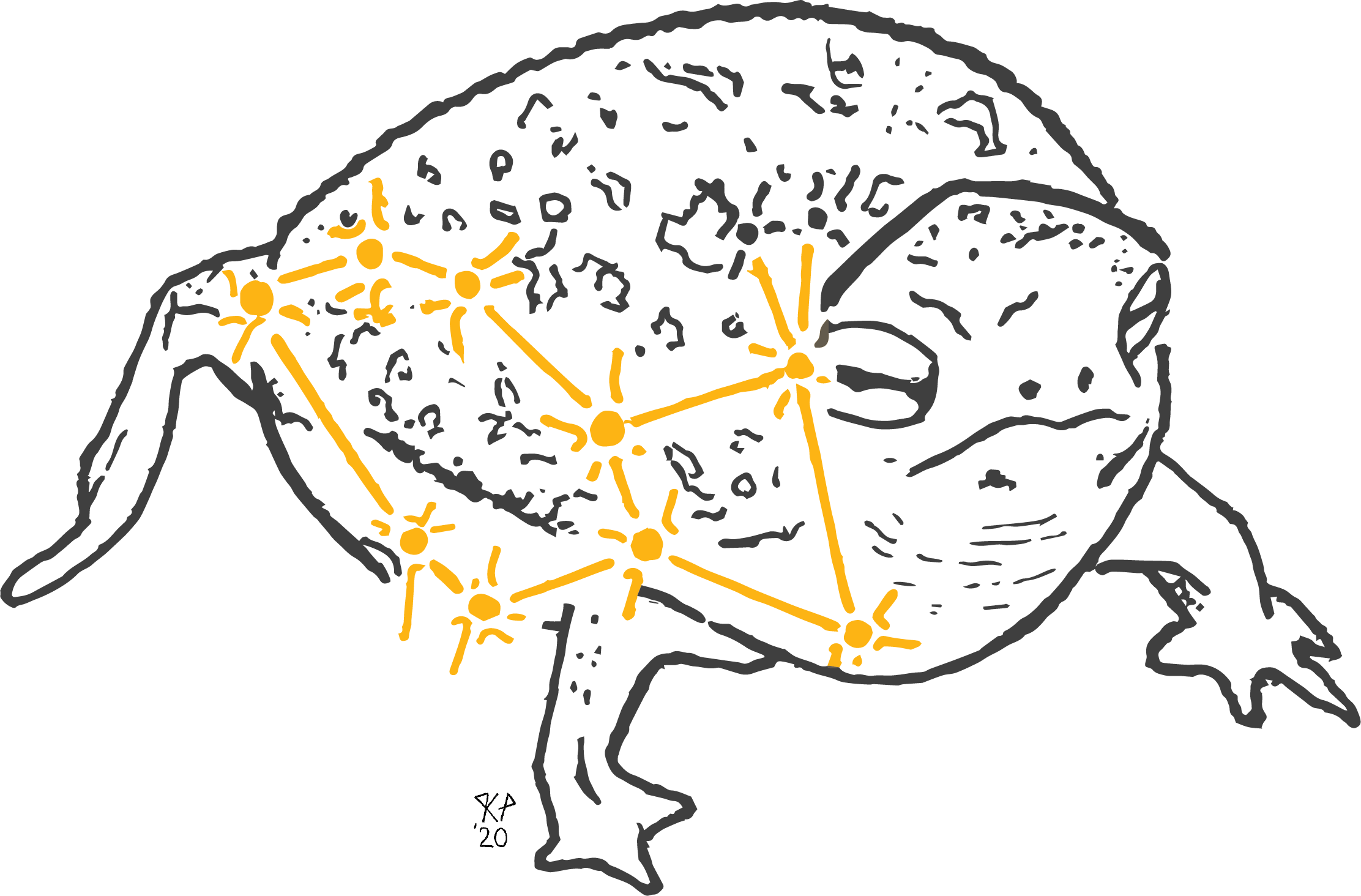 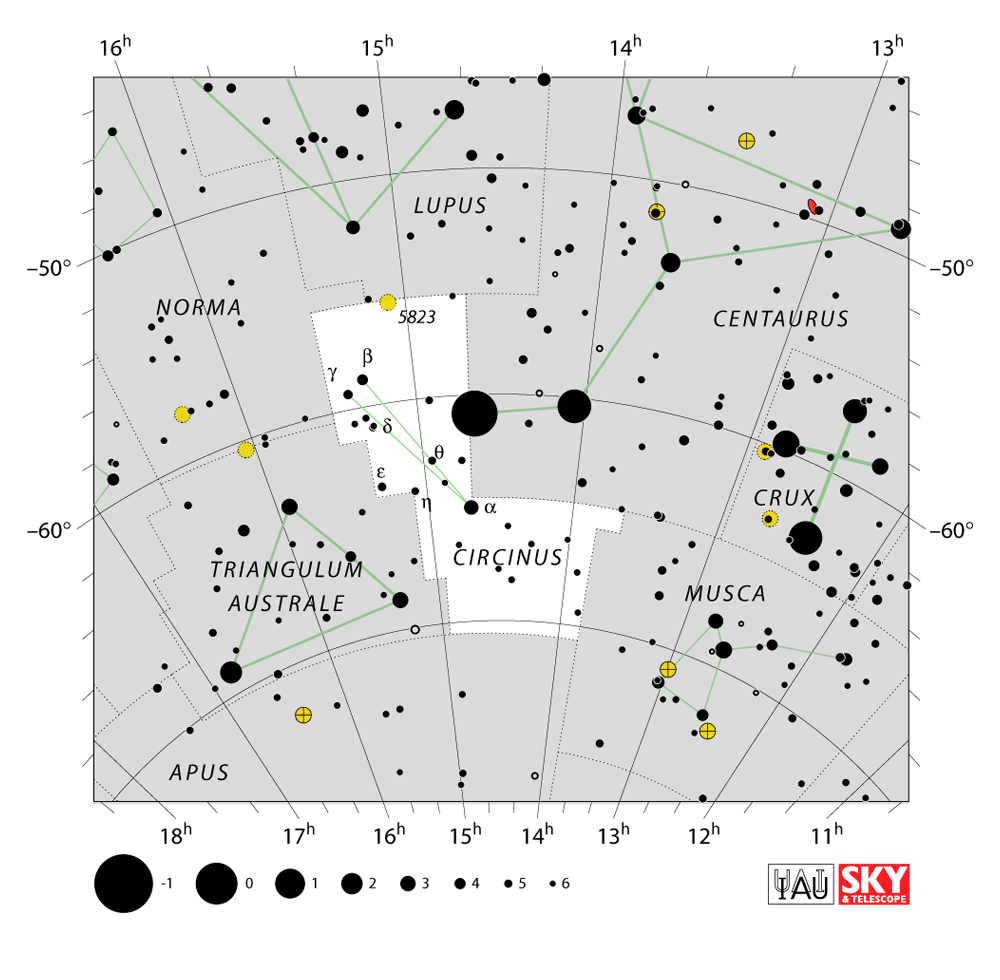 Description: Circinus are wanderers who simultaneously seek their place in the world and are satisfied with not knowing where that might be. They do not agree with conventional ideas of success and like to explore and enjoy life in different manners. Sometimes they will go with the flow, and other times they will make quick decisions; in general, Circinus are difficult to predict! Creative, inquisitive, and fun, Circinus tends to get along well with Eridanus, enjoy deep conversations with Phoenix, and make great partners of Lepus. Circinus do not take well to the more competitive spirits like Hercules and Scutum.

General Amphibian Characteristics: A diverse group of frogs and salamanders that have no unifying feature outside of their variability!

Amphibian Archetypes
Rheobatrachus silus: the gastric-brooding frog holds young in the stomach and gives birth through the mouth
Myobatrachus gouldii: the turtle frog has short, muscular limbs for digging in the sand
Leptodactylus fallax: the mountain chicken is a large frog known to taste like the poultry for which it is named 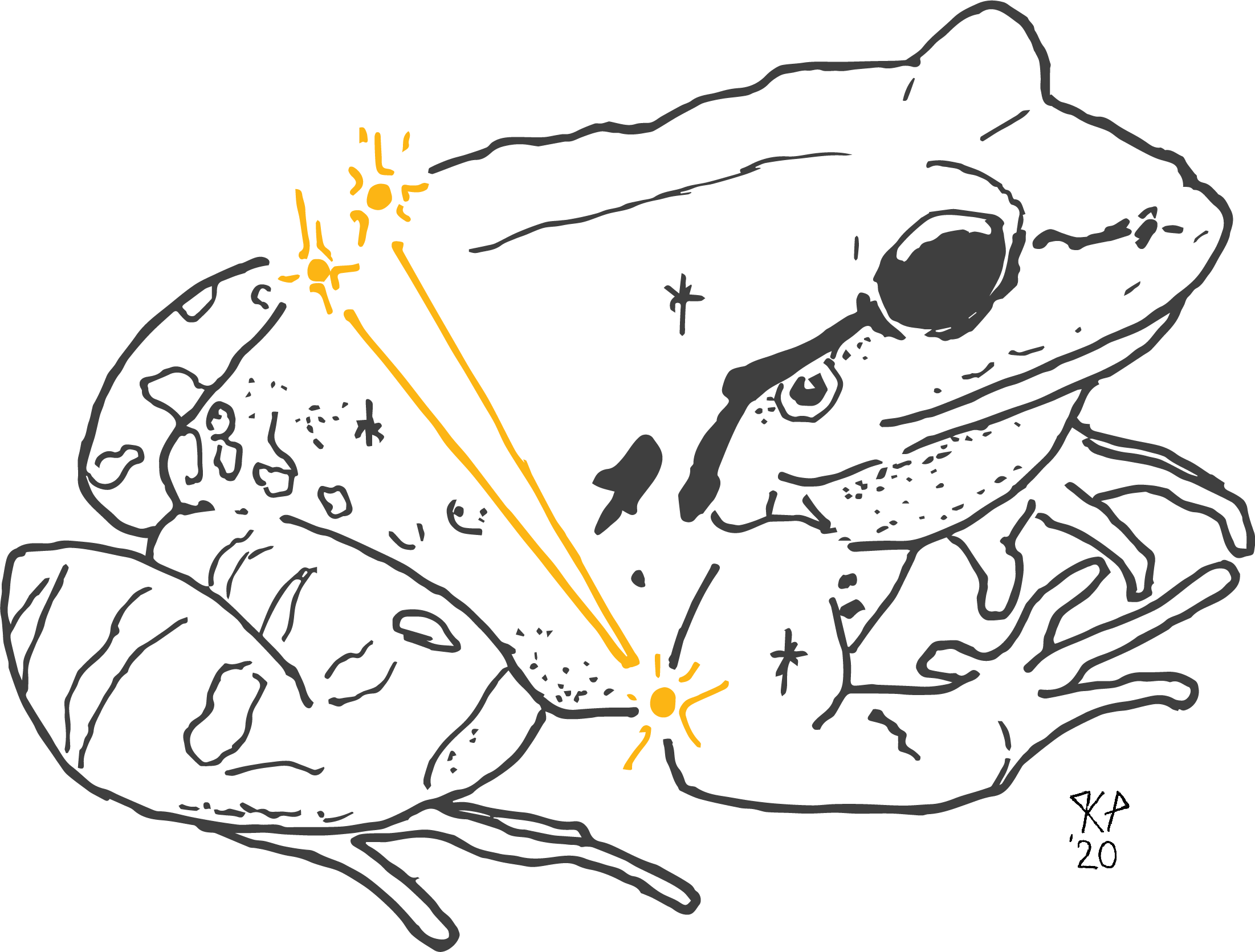 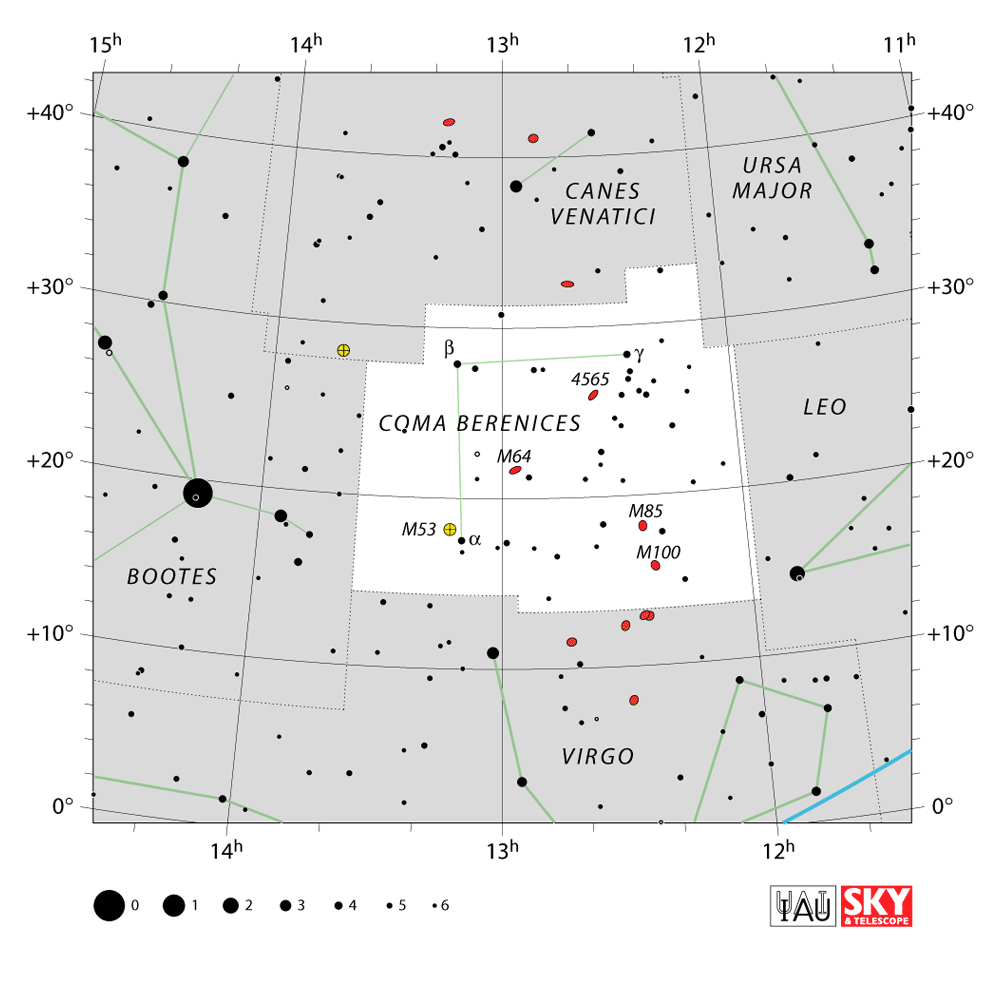 Description: Coma Berenices truly understand the interconnectedness of life, and they care deeply for the people they are connected to. They will take drastic action for people they love. Coma Berenices are loyal and attentive to their loved ones, yet they can be oblivious to the concerns of individuals outside their inner circles. They speak up for what they believe in but do not always know how to do it tactfully. Coma Berenices are happy to guide individuals like Circinus or boost the ambitions of Phoenix, but they clash with flighty Volans and non-conforming Eridanus.

General Amphibian Characteristics: Frogs that live among the fallen leaves on the forest floor. Some are very loud squeakers!

Amphibian Archetypes
Mantella aurantiaca: a golden frog with aposematic coloration to signal the toxins it wields
Trichobatrachus robustus: the male hairy frog has thin skin protuberances on their legs that give them their common name
Gastrotheca cornuta: female horned marsupial frogs carry eggs on their backs 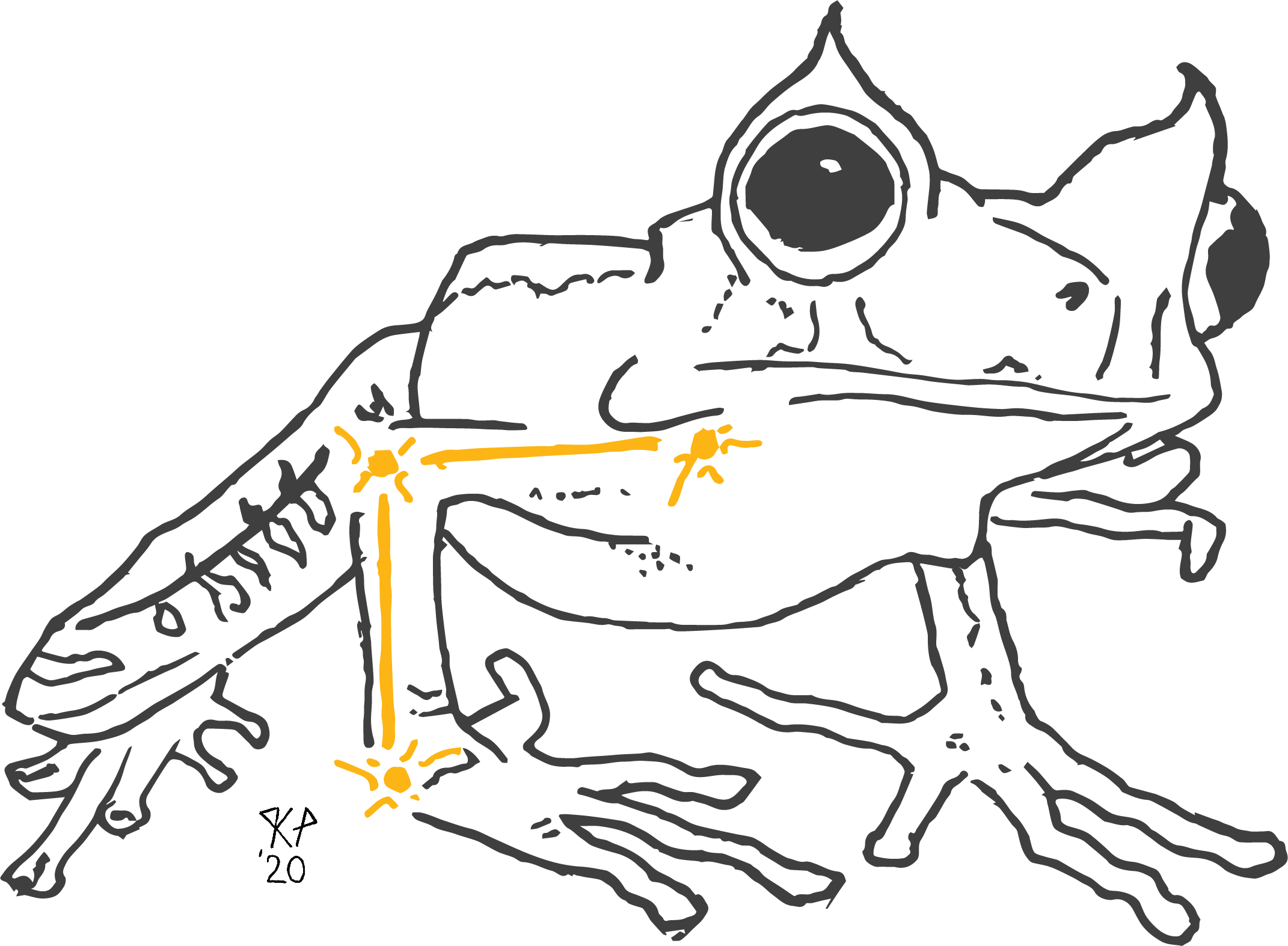 Disclaimer: The information included in the celebrity biography is publicly available information (birthday, profession and name). This horoscope sign’s description is not based on the personalities or personal history of the “celebrities” named. If you have been named in this section and you feel uncomfortable about being included, please reach out to Rebecca Tarvin at rdtarvin [at] gmail . com to be removed from the list. This project is a non-commercial activity for entertainment and science outreach purposes.

Get amphibioscopes sent to your inbox

amphibioscope is maintained by the TarvinLab. This page was generated by GitHub Pages.